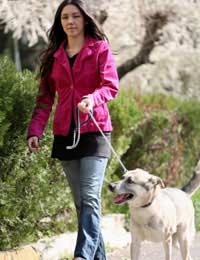 For pets and their owners the laws covering pet ownership in the UK has become a minefield. Some councils have adopted regulations covering the control of pets (dogs in particular) where so far other councils have ignored them. This was brought about by legislation passed in government through several bills but mainly the Animal Welfare Act 2006 and the Dog Control Orders.

This had far reaching affects on pets in this country. Some of it was good and some has affected dog breeds, as we have known them for over 200 years. For the general pet owner the following basic rules now apply:The law also states that no one under the age of 16 is able to buy an animal or be given one as a prize if an adult does not accompany them. Fines of up to £20,000 are now in place for anyone being found to be cruel to an animal or not providing for its welfare.Other parts of the act include:

Add to the above act the parts of the Dog Control Order that local councils have adopted and it can become very confusing. Examples of these rules include:Dogs fouling in public places £1,000 fine.Failure for a dog to be wearing a collar with a name tag £5,000Animals being left in hot cars £5,000 and/or 6 months in prison.Some councils have also banned dogs from parks and have ruled that dogs should never be let off a lead in public. These rules contravene the Animal Welfare Act 2006 that states an animal must be able to exhibit normal behaviour patterns – is not running off lead in a park a normal behaviour pattern.

Unfortunately a few bad owners have ruined the enjoyment of owning a dog for the millions of other honest caring owners.

The above laws have panicked further local councils that are situated on our coastline to ban dogs from beaches for the majority of each year. Most people know that to own a dog or any other pet is a privilege and a responsibility but the few bad owners have made the rest of the dog owning public no better than public enemies.

If your dog should run out into the road and cause an accident you could be liable to prosecution. Make sure that you insurance policy covers you for this eventuality.

If your dog should bite someone it is possible that you will be prosecuted and the dog destroyed. It is also an offence if your dog is deemed to be dangerously out of control in a public place. Unfortunately the word dangerous to an anti dog person could mean it walks up to them and wags its tail!

Boarding a Pet During Your Travels

Your Pet and Your Holiday Neighbours